Master recordings of renowned artists’ sessions are being sold at a Spink auction in June.

Collectibles Authentication Guaranty™ (CAG®) has certified the provenance of original master recordings done by 18 world-renowned artists at Abbey Road Studios, a place made famous by the Beatles and their iconic photograph crossing Abbey Road. The recordings were organized by Michael Gleason, a Texas entrepreneur residing in London, for a television project called Live From Abbey Road.

On June 20th, these video and audio recordings, which include the songs as well as hours of unseen footage from behind the scenes and interviews, will be sold by Spink, a global auction house founded in London in 1666. Each lot has a USB flash drive, a vinyl dub plate, an external hard drive and photos, along with a Certificate of Authenticity signed by Michael Gleason. Each Certificate of Authenticity has been encapsulated in a protective CAG holder with a descriptive label and unique certification number.

“We are delighted at Spink to offer this amazing collection recorded in the most prestigious and iconic studio in the world, and on this occasion to start working with CAG," said Olivier D. Stocker, Chairman and CEO of Spink. "As we continue to move into new categories such as rare whiskies and handbags, we think these sales will be a must attend for the most discerning collectors.”

"These amazing recordings represent some of the marquee names in music in the early 21st century," said Mark Salzberg, Chairman of CAG. “CAG is honored to have worked with Spink to preserve the provenance of these recordings." 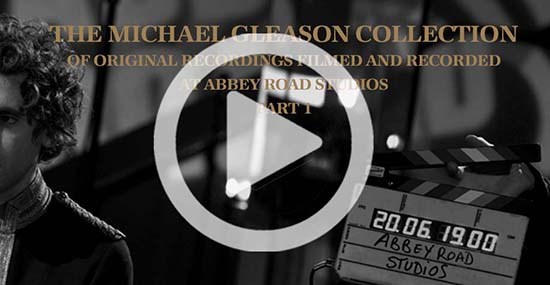